Weaving a Family Together

Lanes Lane has enjoyed a great beginning! Thank you for continuing to support me through moving three times in three years, but since we bought this house, I plan to be here for many years to come. 2017 ended with the completion of many special commissions which I’ll be featuring in upcoming newsletters.

Weaving a Family Together 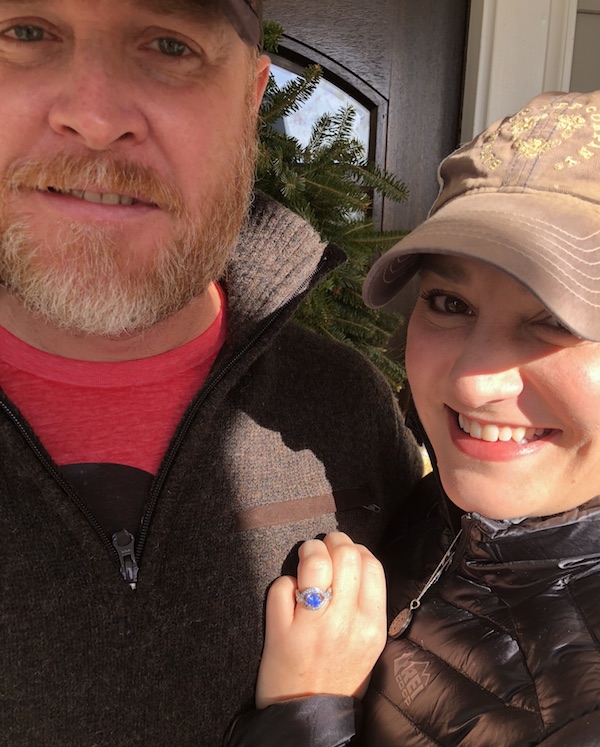 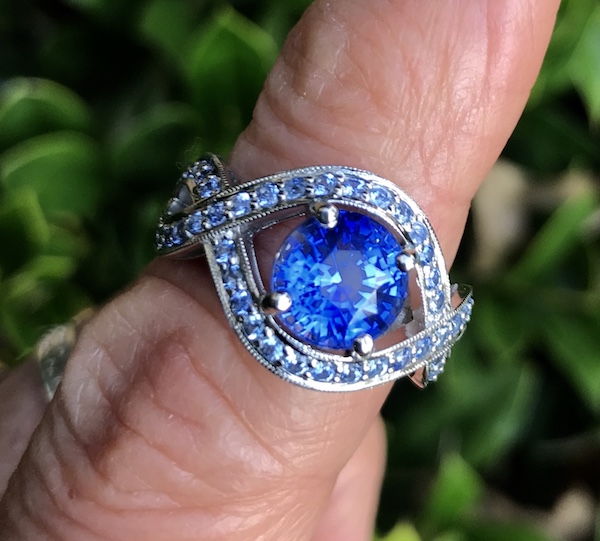 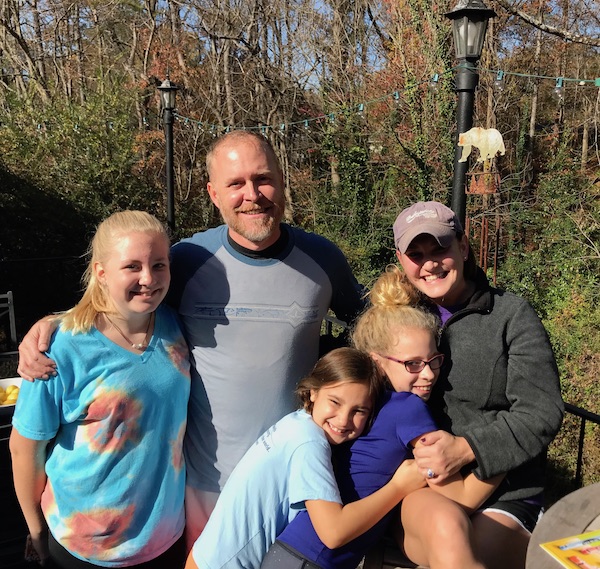 This engagement ring holds the hopes and dreams of a blended, modern family made permanent by the commitment of marriage between the two parents and three daughters. When Christopher came to me, he was uncertain about the style or stones his beloved Layne might desire for her engagement ring, yet certain he wanted to surprise her.
We spent a month purveying possible gems and designs she might like, and he selected this spectacular natural-color blue sapphire, to be set in pave Platinum. Two braiding streams of lighter blue sapphires envelop the center gem to signify the joining of their two families.  With their daughters, Christopher planned a surprise proposal at the end of a family picnic when he dropped to one knee and presented her with this rare jewel. It was an honor to be a part of this joyful process and to make Layne so happy.