The Earth is My Inspiration and My Teacher;
She is Also My Responsibility.

I always listen to the stones. Palpably experiencing the resonance of crystalline structures renews my responsibility to the Mineral Kingdom whose unique colors and vibrations are billions of years older than myself.  My work reminds the wearer that minerals formed in darkness, when finely tuned and carefully set in precious metal, bring beauty to the eye of the beholder and a sense of belonging to our precious planet. My life as an artist cannot be divided from the gems or the people who wear them for it is one in the same: full, deep and reverberating.

Lainey Papageorge was born in Atlanta, Georgia USA into a large Greek family. She grew up playing among the rocks and streams in an old-growth wilderness forest that bordered her childhood home and ignited her artist’s voice. She found expression first as a dancer and choreographer, and then as an award-winning jewelry designer. Her jewelry has been featured on the cover of Lapidary Journal and she is a Spectrum Award winner, an honor given by the American Gem Trade Association (AGTA) to the best national jewelry designs. Lainey was also invited to judge the “Cutting Edge” competition, a showcase for the most spectacular gemstone carvings and faceted specimens on the North American continent. In 2014 the Museum of Contemporary Art of Georgia presented a 40-Year Retrospective of her work.

Lainey splits her time between Atlanta, GA, and Ithaca, NY designing jewelry, working with clients, and doing research on the effect of gems and minerals on the human body. She specializes in custom jewelry design, estate consultation, and gem resonance therapy sessions. 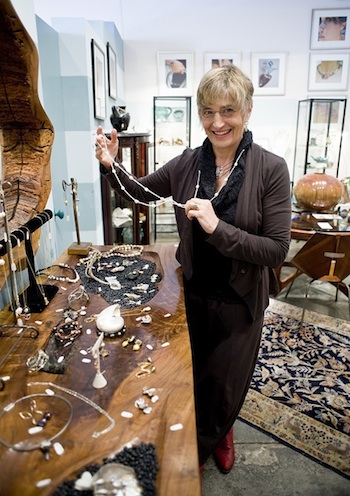 Dancing with the Mineral Kingdom