Founded in 1789, the storybook Village of Aurora, New York, is situated on a picturesque inlet on the north shore of Cayuga Lake.   This spot has always been favored, originally by the peoples of the Iroquois Nation who tended its magnificent 500 year old peach, apricot and apple orchards they lovingly referred to as “Peachtown”, and later because of its proximity to the Erie Canal. During the mid 1800’s auspicious friendships developed in this small hamlet between native Aurorean, E.B. Morgan and his best friend, Henry Wells who together became co-founders of the American Express Company, and the pony express teams that became Wells Fargo.  Henry also founded Wells College, funded by his friend, E.B., to become one of the first institutions of higher learning for women. Aurora also became a center for the Women’s Suffrage movement as suffragettes met at the home of Philanthropist, Emily Howland, a prominent educator for black children of freed slaves, and a community leader for the displaced Tuscarora Native peoples.  A hundred years later another amazing woman, Pleasant Rowland founded the American Girl Doll empire, and after selling her franchise to Mattel, she invested much of her formidable fortune into renovating the splendid old mansions built by the financial Tycoons who came before her. The fabulous water features housed at the Aurora Spa is the latest addition to the 230 year old residences that under Rowland’s philanthropy have become the Inns of Aurora in the heart of New York’s Fingerlakes wine region. The simplicity of the stunning barn-like facility perched on the hillside high above Cayuga Lake is a reservoir of natural light, and with every aspect attuned to a client’s needs, it evokes deep inner peace.

Please see the Aurora Spa philosophy and menu of services on their website.

It is a true honor to be invited to develop the only jewelry to be sold on site for its signature Aurora Collection.  For my first series, I focused my inspiration on the yin-yang dance of light entering and leaving earth’s sphere reflected on the land, the lake, and all that it nourishes. The Roman Goddess of the Dawn is Aurora for whom the town was named; I chose to title my collection “Eos, Bringer of the Light,” the same entity from the Greek Pantheon that more closely aligns with my heritage.  Each piece speaks to this ethereal quality of light as night transitions into day. The opportunity to show in this exquisite architectural masterpiece aligned to sun/moon/star rise is a rare treat for my jewelry.  You can purchase pieces through the Aurora Spa (315) 364-8850, or through me (678) 662-6156, and I will give them the commission they richly deserve.

My hope is to introduce my work to a new audience who will recall their serene Aurora spa experience every time they see and wear their Elaina Designs jewelry.  As those of you who have enjoyed wearing my jewelry for many years are aware, we are all “bringers of light.” 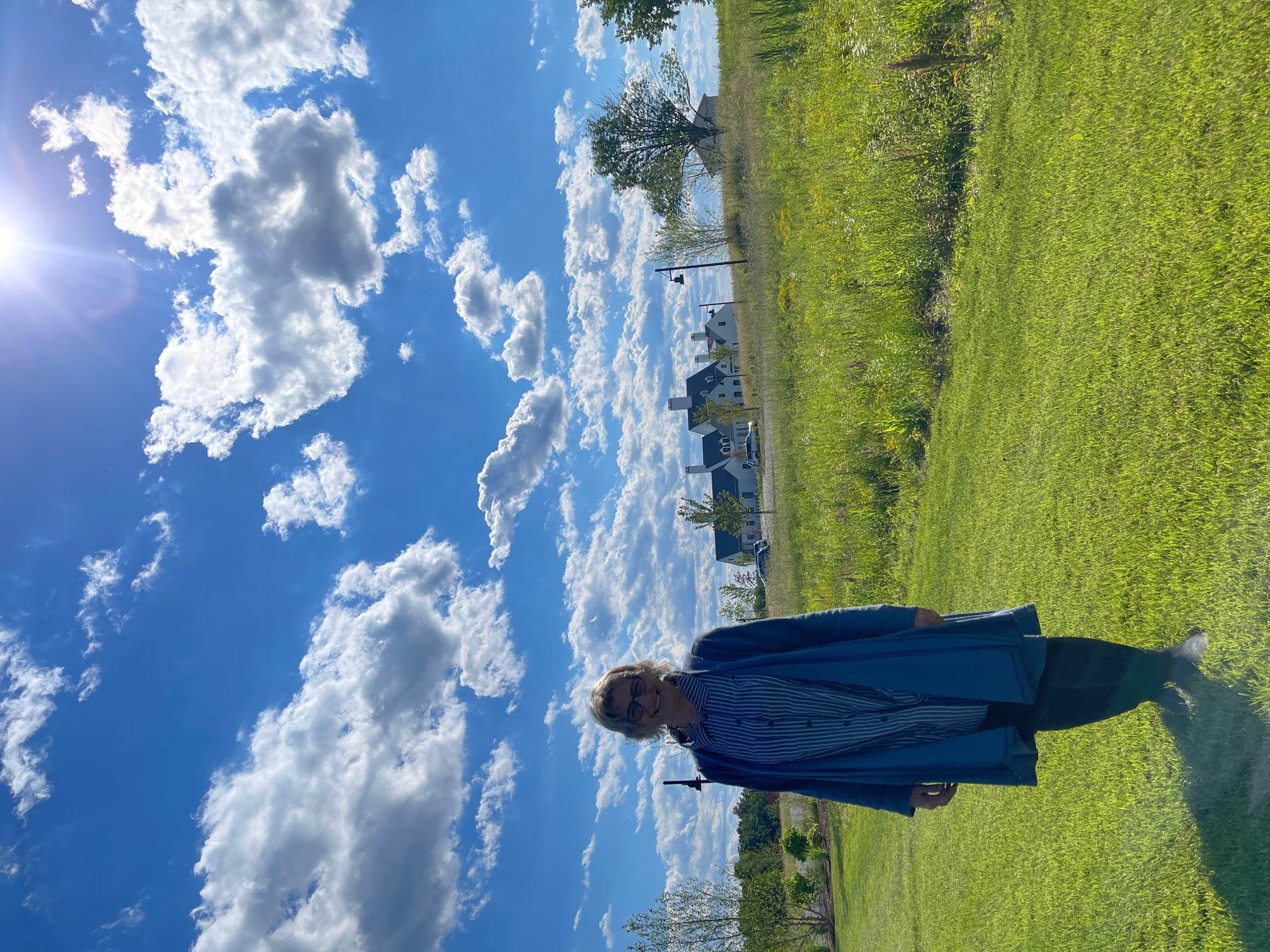 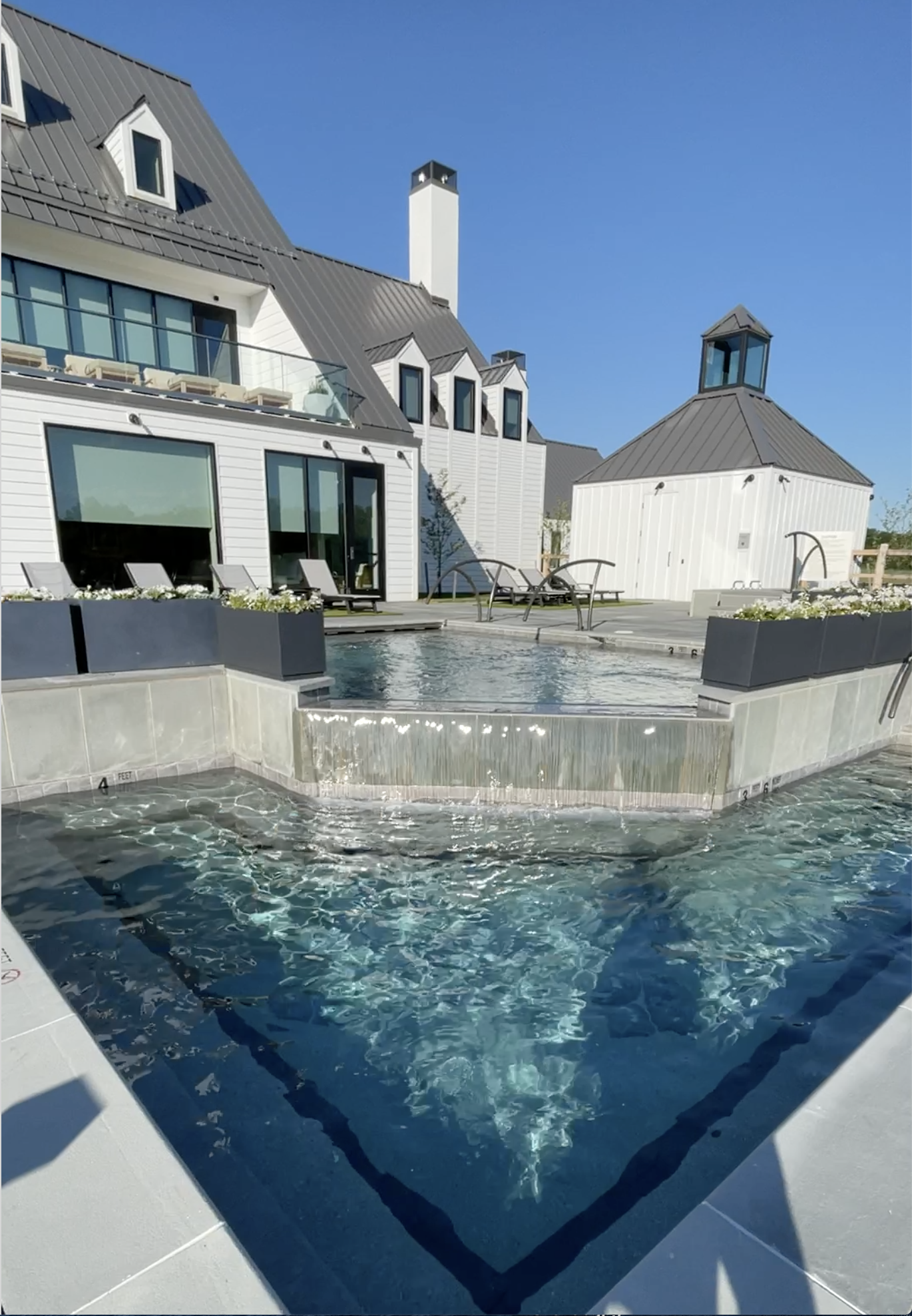 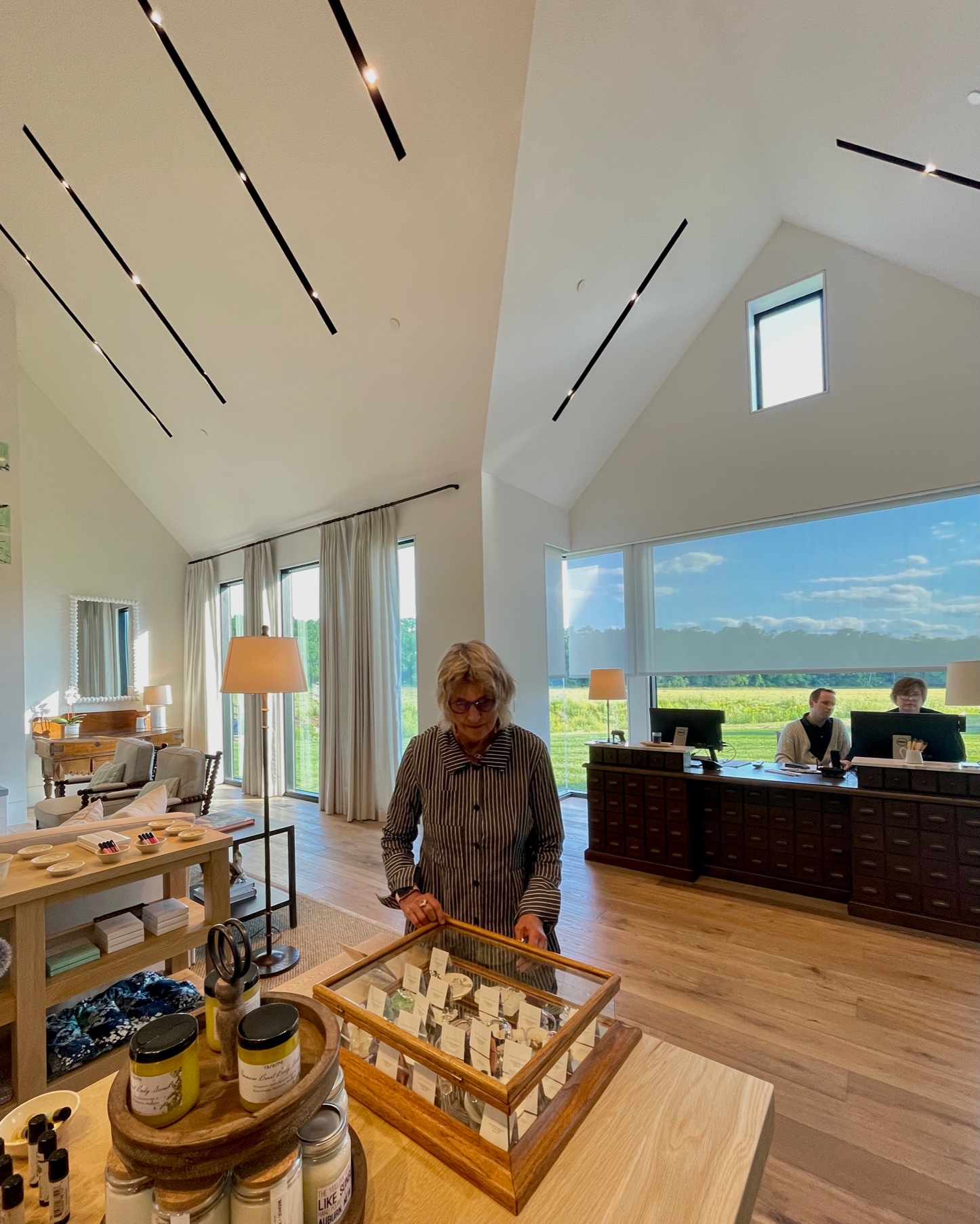 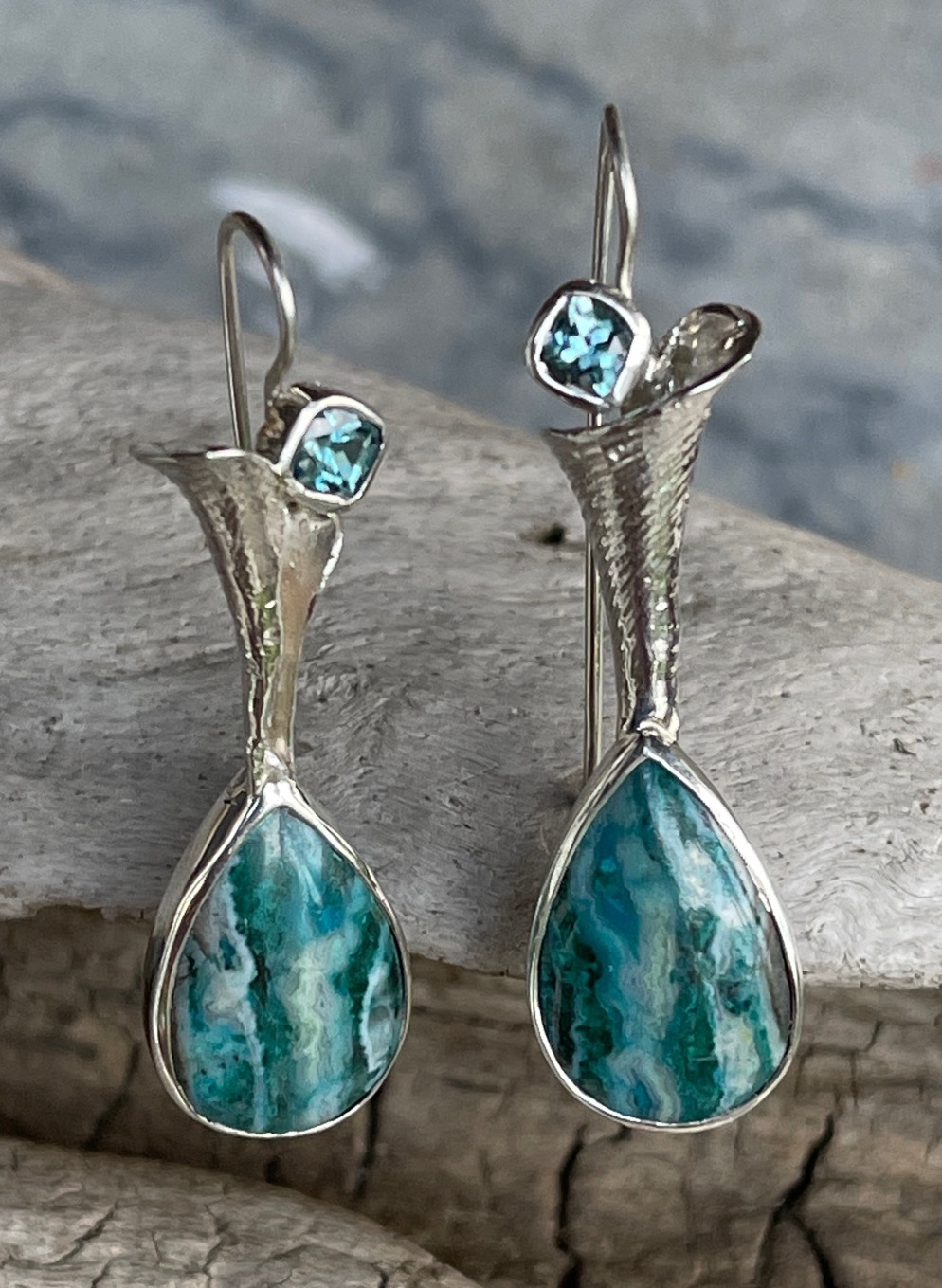 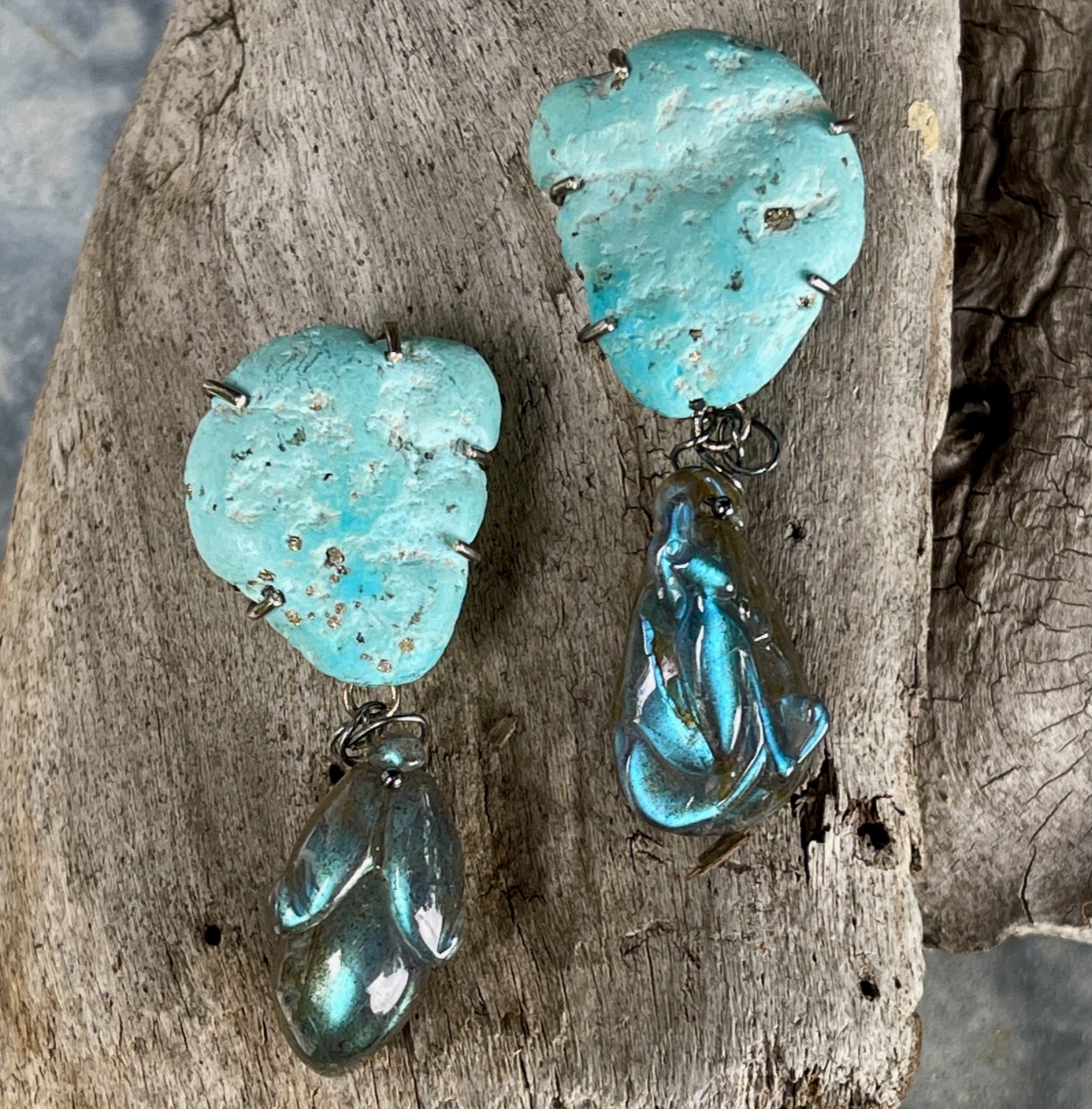 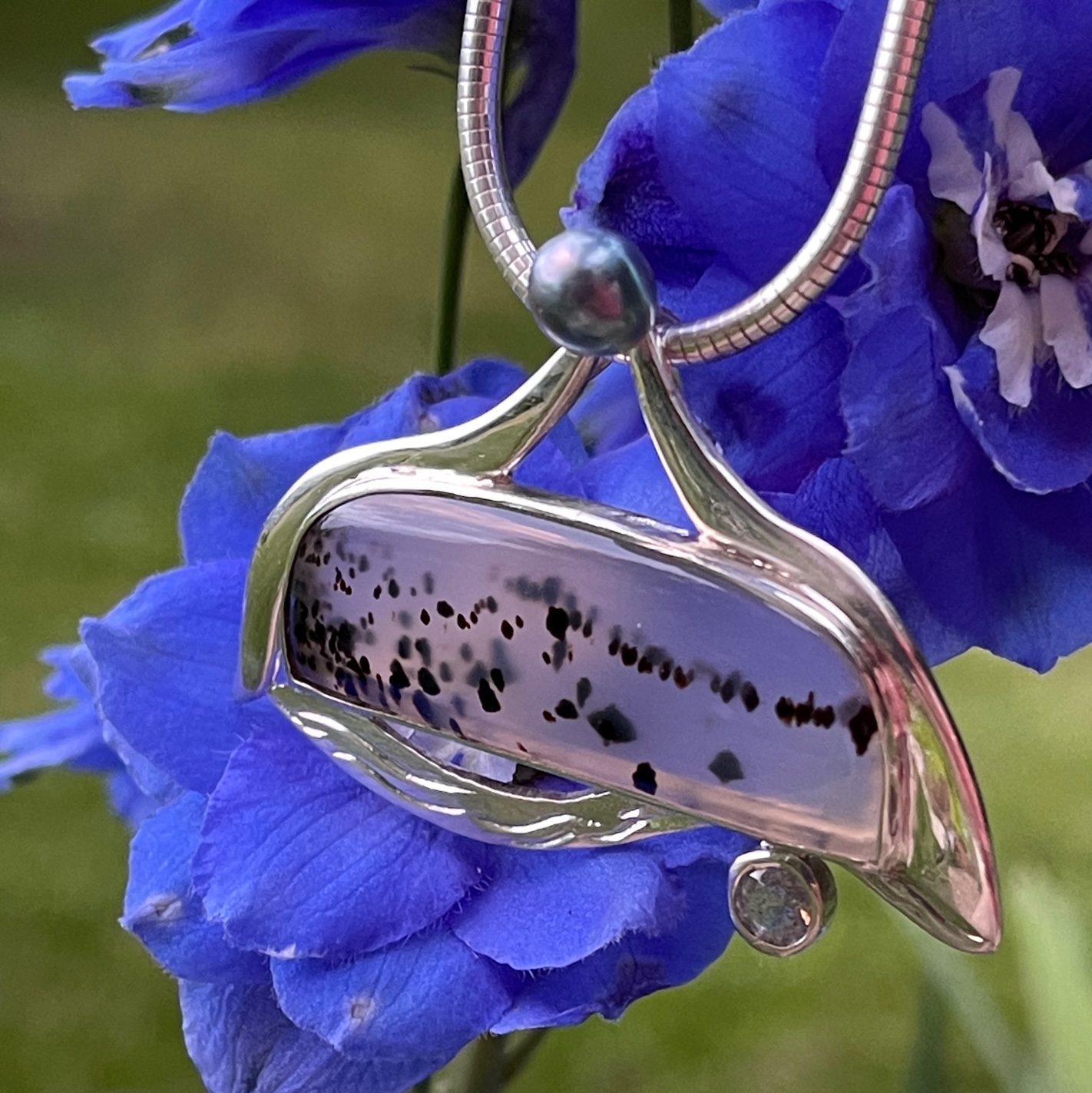 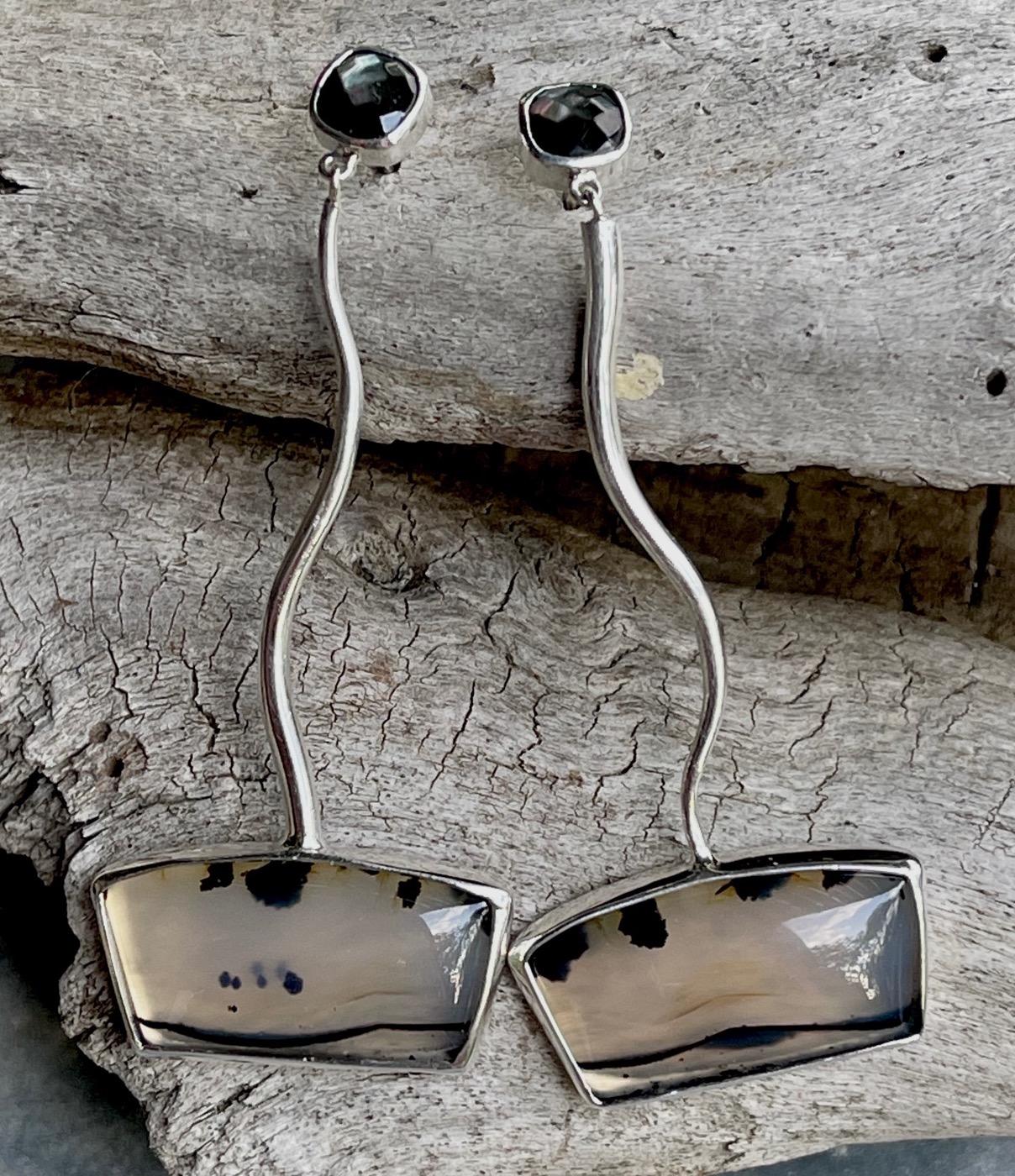 For those in the Finger Lakes area, I was accepted into the 2021 Ithaca Art Trail and will have an Open Green Door Studio on the First Saturday in August, 8/7/21, 11AM – 4PM, as well as the two traditional open studio weekends Oct 9-10, and Oct 16-17. Please visit their website, www.arttrail.com for more information.

For my Atlanta clients I will be available to meet with you in person the last week of August into the first week of September.  I am dedicated to continuing to work with you year-round with the help from Aalia Mujtaba, my Atlanta assistant extraordinaire. 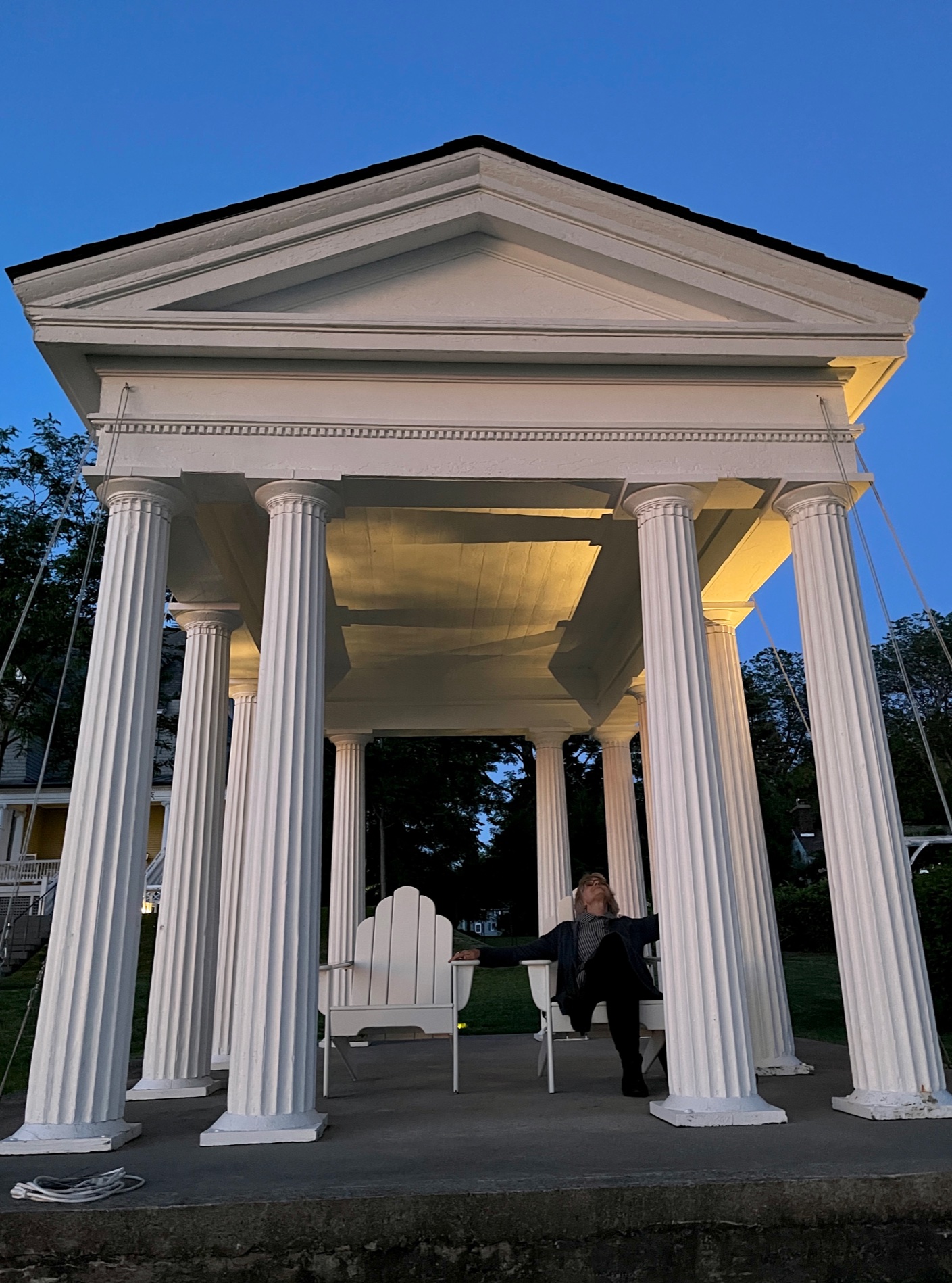 With Eos Holding the light and the darkness,
Lainey