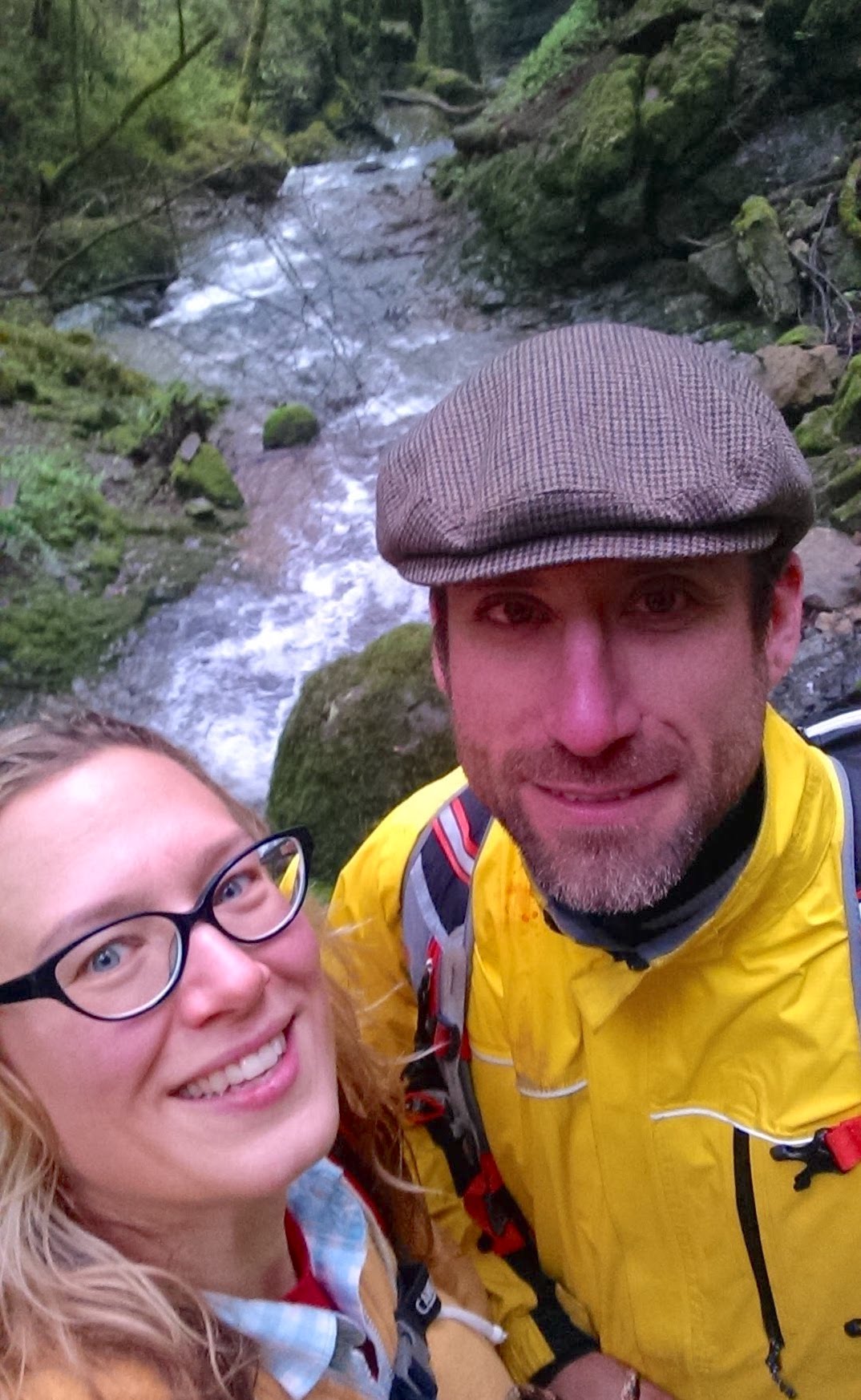 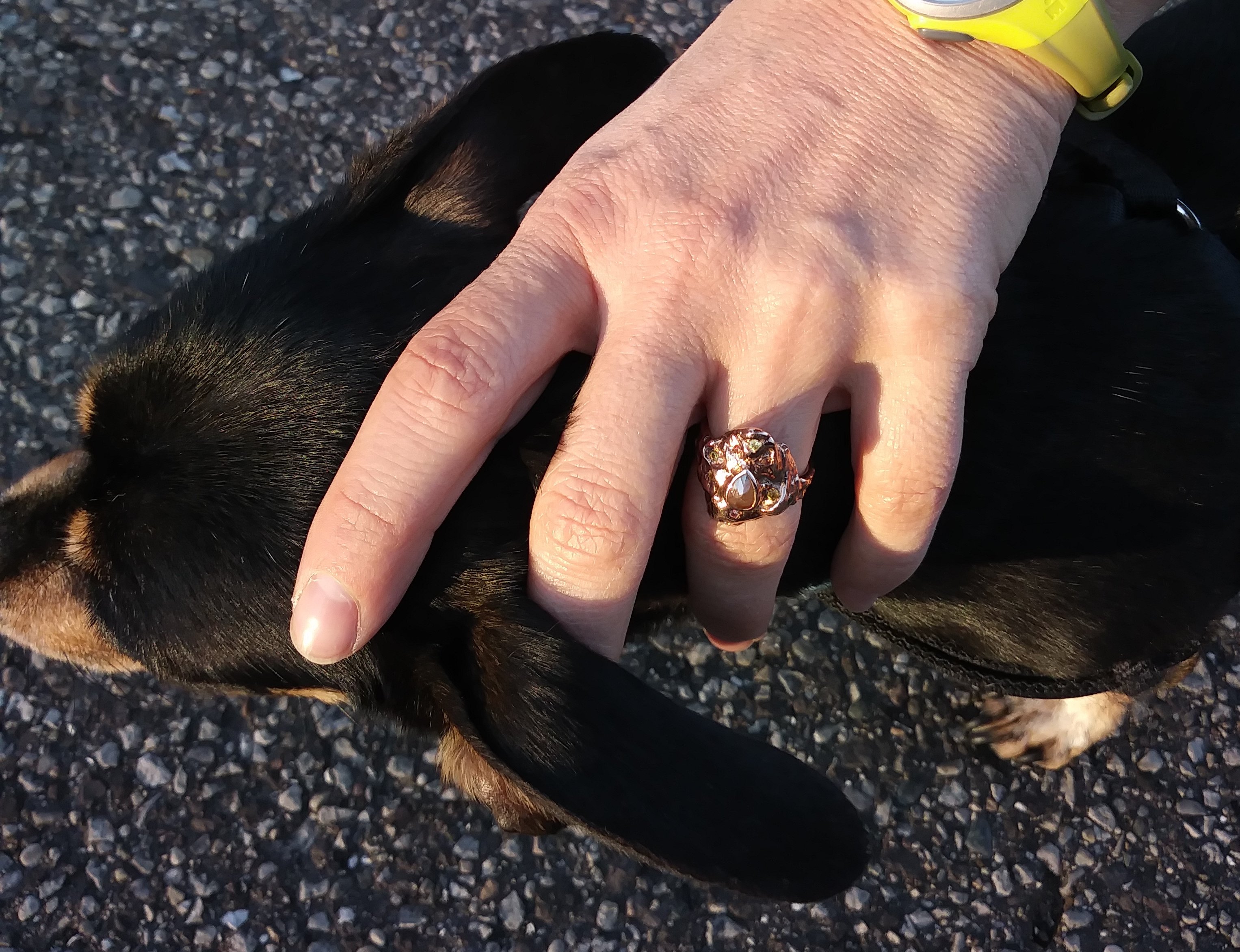 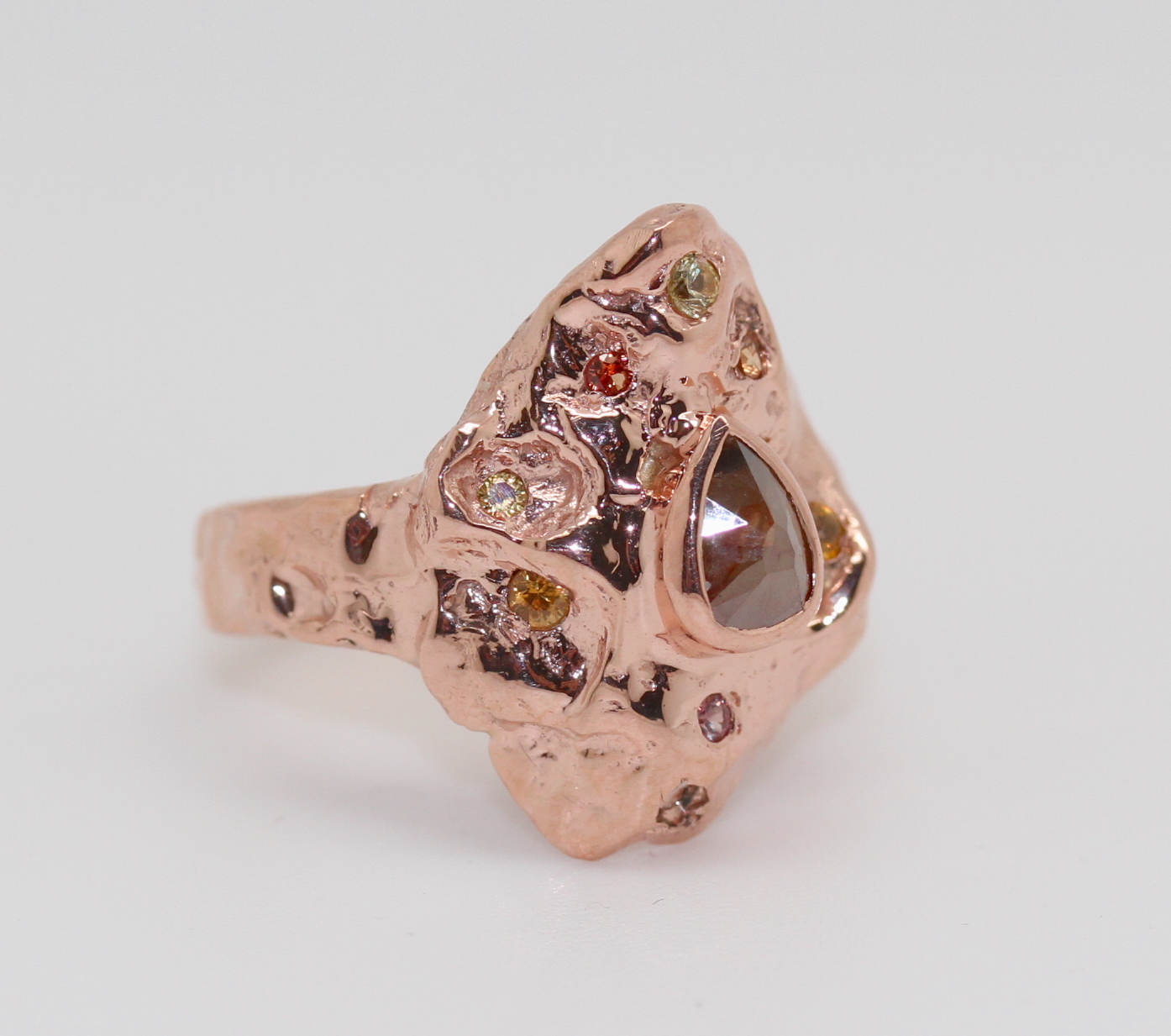 Last year, I received a call from the West Coast with a unique and fascinating request for an engagement ring. I knew Jeffrey Blumenthal as a young boy because he was classmates with my son at Paideia and I became a close friend of his mother, Janet. Jeffrey wanted a ring using an oyster shell he had collected during his research in San Francisco Bay. During the design and fabrication process of this unique ring, I learned so much about the important work that Jeffrey and his fiancée, Amelia, do.

Jeffrey is building a habitat model for the Atlantic oyster drill, an invasive predatory snail in SF Bay that feeds on oysters, barnacles, clams, and other hard-shelled invertebrates. The ultimate goal is to recover the wild Olympia oyster population. He gathers data to better understand these animals’ habitat requirements. Once it is  understood how these animals fit into their environment, he and his team can design projects that support the oysters without feeding the snails. Big picture, he is learning how to adapt and prepare our urbanized coastline for climate change while supporting local biodiversity in ways that are mutually beneficial.

Amelia works as a Ringside Geologist on a geothermal energy development project in the Fiale Caldera region of Djibouti, Africa. She inspects samples from drilling bores to determine geothermal potential and feasibility. Harnessing geothermal energy reduces our dependence on fossil fuels and nuclear energy, thereby reducing our carbon footprint.

It was an honor to design this ring using fair-trade gemstones and sustainably-mined rose gold for this conscientious, hard-working couple. Thank you and congratulations to Jeffrey and Amelia!